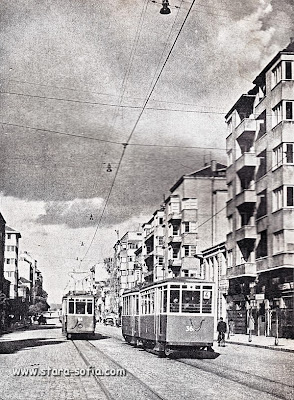 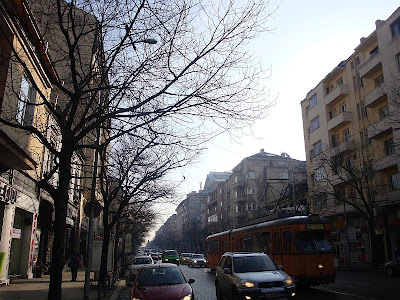 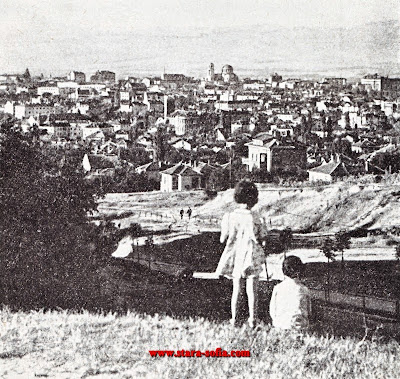 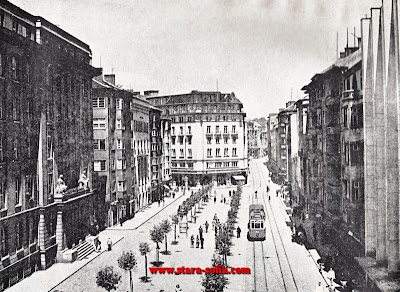 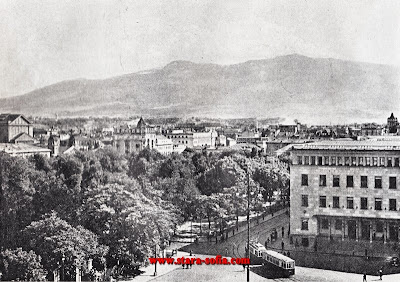 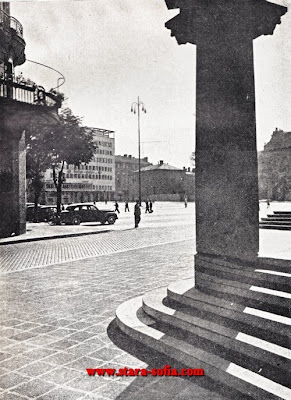 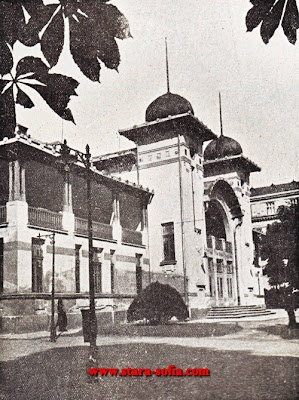 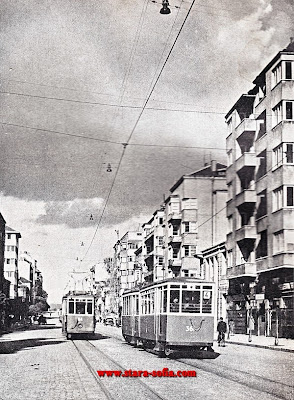 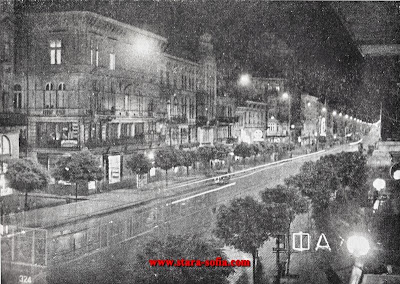 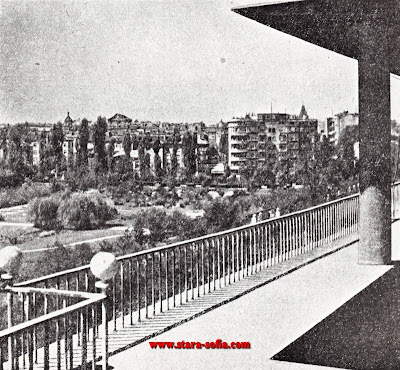 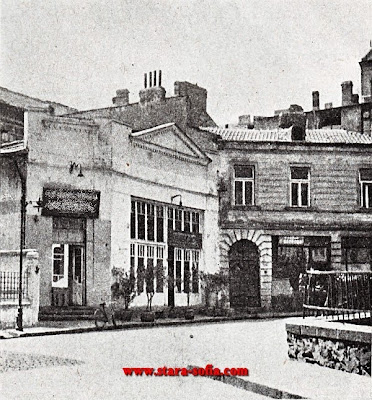 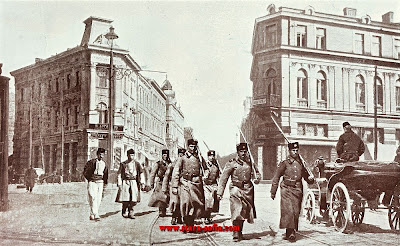 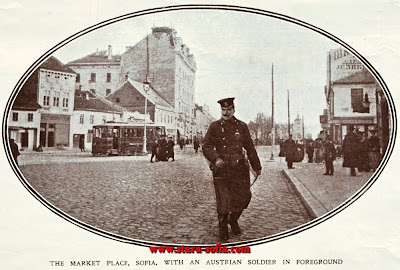 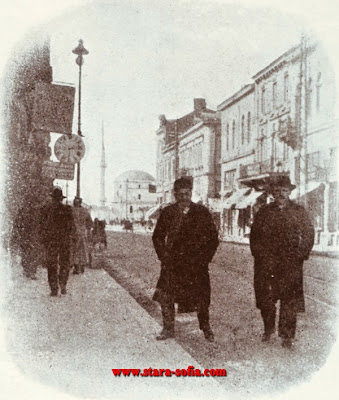 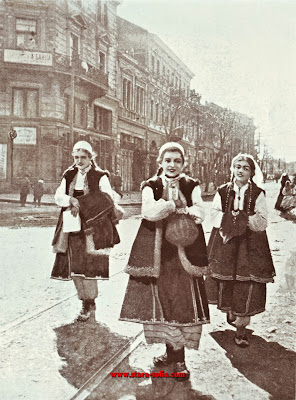 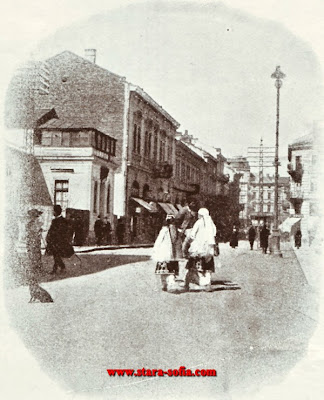 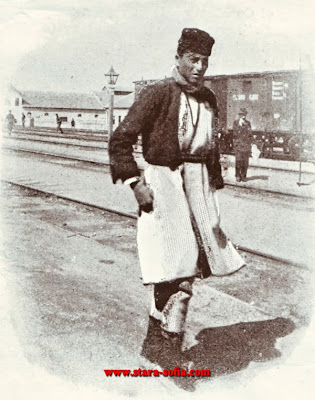 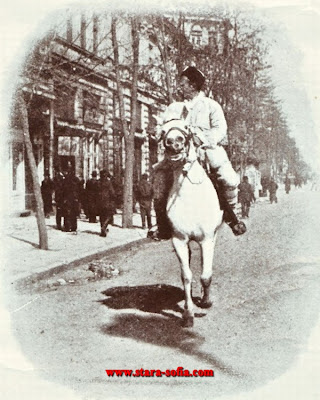 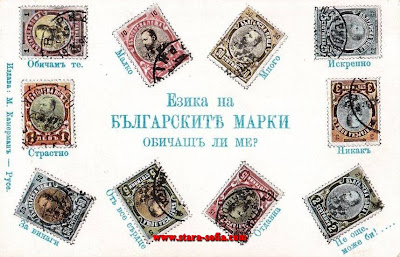 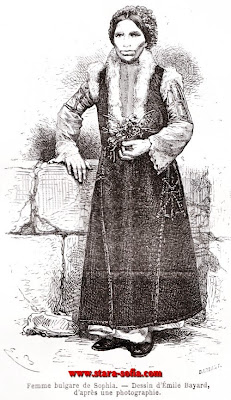 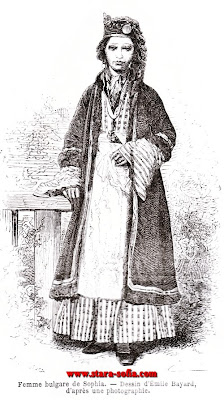 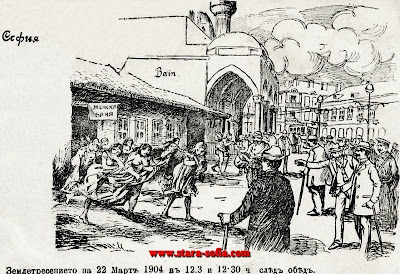 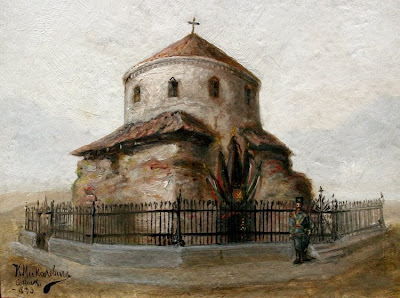 ...From the higher ground you see the whole plain with the town in its midst. Low, flat houses, with only here and there a dome or turret, but intersected by many tall and straight trees, lie tightly pressed together; the walls are painted red, green, and white, and a wooden paling seems to run round the whole long and narrow mass. As one takes the first step outside this paling, it is as if a gate had shut suddenly behind one, shutting in the town. Telegraph wires stretch across the plain, but the buffalo carts come down from the hills, and the pack horses trudge up towards them, and the peasants sit on the ground, resting by the way, and the black and white geese cackle among the sedge, and there is always dust blowing and a rustling of wind among the weedy grasses.

There is something dry, hot, and fierce in this place, which is at once ordinary, sordid, and almost startling. It is a place at once violent and sullen, in which everything is dusty and dingy and half-used or half-finished. Stones and building materials lie strewn in the streets, houses are being made and houses are falling into ruins; everything is crude, sordid, with a crudity and sordidness which are half-western and half-eastern, and made out of the worst elements of both. The houses are for the most part such houses as one might see in any small town in any country, but at a corner of the main street there is a mosque, and around the mosque something like a village fair. Wooden booths are set up at each side of the street, wooden palings surround empty spaces or open upon cafes in which trees grow, or upon one-storey houses, or upon a little wooden theatre. Money-changers, with their glass cases of gold and silver coins, and coin-earrings, and rings, outside their shop windows, suggest already the sarafs of Constantinople. At upper windows above the shops you see men working sewing-machines; at the edge of the pavement little dark boot-blacks, Kurds, sit with their wooden blocks before them. Men pass selling water, grapes, and nuts a woman passes, and then another, carrying a huge dark green melon in her arms, solemnly, like a royal orb. Men stand about at the street corners in rags of all colours, sewn together in all fashions; there is something sordid and savage in these brutal faces, these huddled figures, this slouching gait, in this boisterous language with its jerks and splutters, in the barbarous clash of costumes, in all this idleness, suspicion, this mingling of elements that do not unite, this hostility of races, seen in the mere coming and going of the people; together with an odd sense of provinciality, as you meet processions with bands, carrying coloured flags, like friendly societies in England, and walking through the streets in step, singing solemn tunes like hymn-tunes.

On Sunday, Sofia takes on something preposterously like the aspect of an English Sunday. The shops are shut, the people put on their best clothes, and lounge in the streets, or sit on the rustic wooden benches in the park (the one restful place in Sofia, with its quaint acacias, its tiny fountain, its wholly natural and unspoilt aspect), or walk out to the Boris Gardens, a mile beyond the town. As I fell into the steady and unending procession of people, one Sunday which was also a national fete, it seemed to me that the town had emptied itself, as a Spanish town empties itself on the day of a bullfight. Men and women of all classes walked slowly and steadily along side by side, in a kind of orderly jumble. I watched the peasants, and found them less attractive than the peasants of Servia, both in themselves and in their costume. They are tall and strong, but they have something common, sullen, and slouching, which is not in the Servians, and they do not dress so well, though they dress distinctively and with effect. The costume of the women is crude, with its black and orange, its reds and gold, its narrow black petticoat covered with a bright apron, its sequins about the neck, its red handkerchief wrapped round the head and twisted into the plaits of hair falling down the back. The men wear white serge trousers, not so baggy as in Servia, braided slightly in black, a white shirt embroidered in red or bound with black braid, a black or brown jacket coming to the waist, with a sort of flap falling over behind, and a brown or black round fur cap; a red sash wound about the waist, and often, outside, one of the sheepskin coats which I had seen in Servia. Side by side with the peasants there were Turks wearing the fez, indistinguishable people of indistinguishable nationalities, and very commonplace townsfolk, who presently took part in the most childish sports I have ever seen, or stood in excited rings watching them, or danced in circles, with clasped hands and hopping feet, like English soldiers in camp.

At night Sofia returns to itself, or to what is more dubious and unfamiliar in itself. Sounds of music and voices come from behind doors and curtained windows; doors swing open upon a glimpse of strangely dressed musicians on a platform, a woman standing singing, peasants sitting or moving about the room. In the main street there is an open-air cafe, with little tables under the trees, and lights swung across from tree to tree. Ten or twelve men sit on a raised and covered platform in one corner, dressed in white trousers and dark-blue embroidered coats and white embroidered shirts; the leader plays on a flute, and the others on fiddles, a 'cello, a double-bass, a cornet, a big drum, cymbals, and some instruments which seem like children's toys. These, I discovered, were used for producing imitative effects, when the orchestra did its best to reproduce the sounds of a railway-train or a fire-engine: the noise and rattle always ended in something very like a hymn. It was the music of people not naturally musical, and without any restraining education in music.

I went away from the cafe discontentedly, and, turning out of the main street, I heard a lugubrious sound, half cry and half shriek, with a muttering of dull and shrill instruments, coming from behind a wooden paling. I went in and sat down at a table under the trees. Short grimy posts, hardly higher than my head, standing like dirty dwarfs among the acacias, held up big oil lamps made after the pattern of the gas lamps in the streets of London; at the end of the courtyard there was an open window in a trellised wall, through which a serving man handed out beer and coffee to the waiters. Opposite to the entrance there was a covered platform, as in the other cafe. In front were four girls dressed in gaudy Turkish costume, seated on chairs, with one or two men and women in plain clothes at their side. Behind were the musicians, who plucked at stringed instruments with their fingers or with a kind of brass thimble, beat on a tambourine and a little drum, and blew into a long flute. The aspect of the stage reminded me of Spain, and recalled the "Chinitas" at Malaga; and the music and dancing had a distinct kinship with Spanish music and dancing. What I saw and heard was partly Turkish and partly Hungarian; there was the csardas, and there was the dame du venire. And there were also those interminable, piercing, disturbing Eastern songs which have so much in them of the Malaguena. The danse du venire, done by a Greek in a kind of uniform covered with gold lace, and wearing a long ivory-handled sword, and by an Armenian girl in a white vest and green trousers, was the most elaborate pantomime of sex that I have ever seen; it made a kind of art of obscenity. It is the same drama as the drama of Spanish dancing, but it is more explicit, and it is done as if it were something amusing, a game, and not, as with the Spaniard, a struggle, an irresistible appeal, an agony. In that dance I realised the whole difference between the consciousness of the East and what seems to us most like tfce Eastern point of view among Western nations. A kind of mongrel East was visibly upon me, and I felt that it would be only one more step to Constantinople.

And yet that one step, I realised, would mean everything. What is so disquieting in Sofia is that it lies between two civilisations, and that it is a kind of rag-heap for the refuse of both. The main street of Sofia is the most horrible street in Europe. You see first of all mere European frippery, tin pots and pans, scraps of leather, shoes and slippers hanging from nails in front of shops, gimcracks in china, knives, "fancy articles," none personal to the place; rows of second-hand books and pamphlets, mostly in Russian (I saw "Anna Karenina," Tourguenieff's "Faust,"Gorki's Tchelkache," a life of Shakespeare and of Benjamin Franklin), and along with them, strung upon upright boards by strings, cheap photographs of actresses, Cavalieri, or Cleo de Merode, and sentimental German photographs; then stalls of fruit, powdered thick with dust, dust-covered loaves of bread, which looked like great stones, crescents of sausages, coloured greenish red, trays and dishes of hot messes cooked over little ovens in the road; but above all meat: carcasses stripped of the hide, with their tails still hanging, the horns and hide lying outside in the gutter; beasts hacked in two, from which joints are being cut; everywhere yellow meat hanging from chains ; all smells and all colours, as of the refuse of a slaughter-house. Men pass you on the pavement carrying the bodies of dead beasts upon their shoulders; you see a huddle of blood-stained hides in a cart standing beside the pavement; ducks and chickens squeak and flutter as they writhe head downwards under men's arms. And there is a continual coming and going of peasants in ragged and coloured clothes, women and girls with negress-like faces, wearing Turkish trousers under a sort of apron, half-naked gipsy children darting hither and thither, merchants, casual Europeans, in bowlers and overcoats; and, all the time, the rattle of the electric trams in the street as they pass to and fro, with their mockery of progress, through this city of dust and rags. 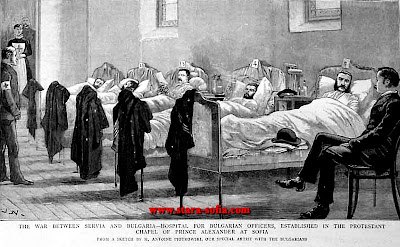 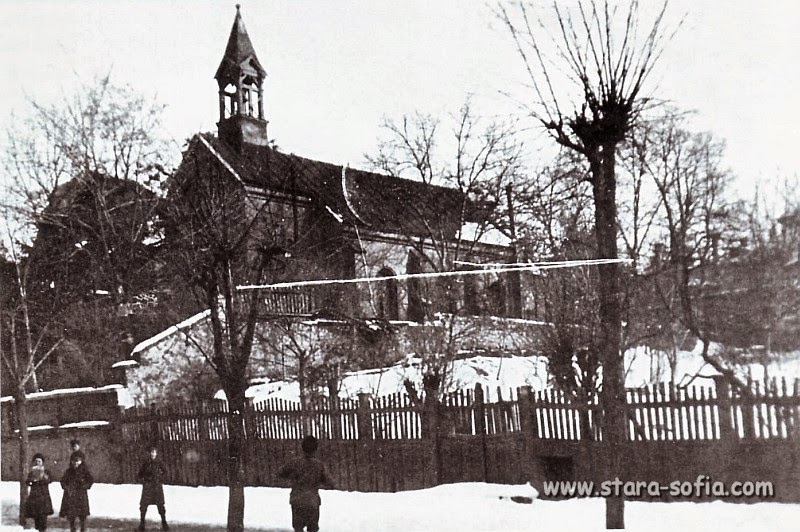 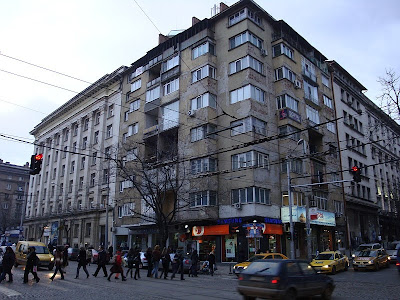 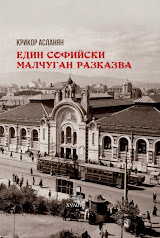